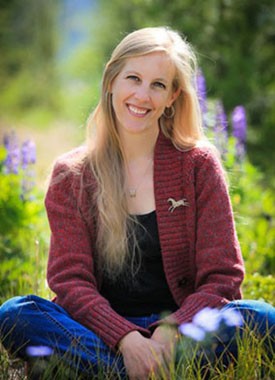 Carrie Vaughn is the New York Time Bestselling author of close to twenty novels and over seventy short stories. She’s best known for the Kitty Norville urban fantasy series about a werewolf who hosts a talk radio advice show for supernatural beings — the series currently includes fourteen novels and a collection of short stories — and the superhero novels in the Golden Age saga. She also writes the Harry and Marlowe steampunk short stories about an alternate nineteenth century that makes use of alien technology.

She has a masters degree in English lit, graduated from the Odyssey Fantasy Writing Workshop in 1998, and returned to the workshop as Writer in Residence in 2009. She has been nominated for the Hugo Award, various RT Reviewer Choice Awards — winning for Best First Mystery for Kitty and The Midnight Hour — and won the 2011 WSFA Small Press award for best short story for “Amaryllis.”

A bona fide Air Force brat (her father served on a B-52 flight crew during the Vietnam War), Carrie grew up all over the U.S. but managed to put down roots in Colorado, in the Boulder area, where she pursues an endlessly growing list of hobbies and enjoys the outdoors as much as she can. She is fiercely guarded by a miniature American Eskimo dog named Lily.

When she was about eight years old, her mother gave her Heinlein’s Red Planet. Shortly after that, her father sat her down to watch 2001. So, really, this is all their fault. 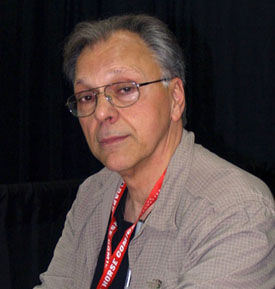 Chaykin’s main influences are the late 19th and early 20th century book illustrators Howard Pyle and Charles Robinson and little of his work has been for the super-hero genre. He began working for Marvel Comics in the early 1970s drawing-one off stories for publications such as Marvel Spotlight. Chaykin had an interest in Jazz and the 1920s-1930s era that was in-tune with editor Roy Thomas who gave him a series of adventurers-for-hire to illustrate. He also created a short-lived sword and sorcery title, Ironwolf. In 1976, Chaykin landed the job of drawing the Marvel Comics adaptation of Star Wars that proved a great success and also got him work doing illustrations for the numerous tie-in projects. Chaykin produced a number of projects for the Heavy Metal and Star Reach anthology magazines including the space opera hero Cody Starbuck that revealed an interest in sexually explicit material as well as graphic violence. There were also a number of lavish graphic novel projects with an adaptation of Alfred Bester’s The Stars My Destination and original collaborations with Michael Moorcock and Roger Zelazny. Chaykin also worked on the design of the movie Heavy Metal.

In 1982 Chaykin launched American Flagg! for First Comics, writing and drawing the first twelve issues exclusively. The series was a massive critical and popular success, winning a number of awards. In 1985 Chaykin also wrote and drew a re-launch of The Shadow for DC Comics and produced Time2, a quasi-spin-off to American Flagg! that allowed him to indulge his love of Jazz and New York. The mini-series based on Blackhawk of 1987 was another chance to indulge in the 1930s milieu as well as provide a witty recasting of a defunct DC character.

Black Kiss in 1988-89 provided Chaykin with the chance to fully show the sex and violence content hinted at since his work of the late 1970s. Since then his original output has been limited. There was a return to Marvel for a Wolverine/Nick Fury graphic novel and the mini-series Power and Glory.

Some of Chaykin’s recent comics work includes: the graphic novel Mighty Love, the mini-series Challengers of the Unknown and City of Tomorrow, as well as a one-off issue of Solo, all published by DC Comics. Chaykin has also been active in television since the 1980s, acting as Executive Script Consultant for The Flash and Viper, and has most recently acted as head writer on Mutant X. 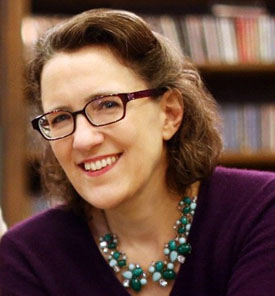 Jane Espenson grew up in Ames, Iowa, with wonderful and encouraging parents. At age 13, she attempted to write an episode of M*A*S*H. It didn’t work out. She attended college at UC Berkeley, studying computer science and linguistics. While in grad school, she submitted spec episodes of Star Trek: The Next Generation, and got her narrow foot wedged in one of the rare open doors of show business. After winning a spot in the ABC|Disney TV writers’ fellowship, she wrote for comedies including Dinosaurs and Ellen. Her first staff job at a drama was at Buffy the Vampire Slayer, which led to script assignments at Angel and Firefly. This was followed by work at The O.C, and Gilmore Girls, Battlestar Galactica, Caprica, Torchwood, Game of Thrones and other shows. She currently writes for ABC’s Once Upon a Time. She also co-created Warehouse 13 and Husbands, and writes comic books, short stories, and has edited several books of essays.

She has the best job in the world. 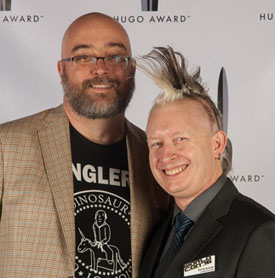 Kevin Roche has been making costumes since he was 8 (and has the photographic evidence to prove it!). He was honored with the International Costumers Guild Lifetime Achievement Award in 2007. In his secret identity as a research scientist at IBM’s Almaden Research Center, he’s hard at work wrangling giant robot vacuum chambers and electrons in the growing field of spintronics.

Kevin and his husband Andy Trembley set out in 2002 to bring Costume-Con back to California, and ~900 hundred costumers showed up at CC26 in 2008 to join the fun. More recently, Kevin and Andy threw an olive tasting/bid hoax party at a Westercon, culminating in their co-chairing Westercon 66 for nearly 800 people in Sacramento July 4 weekend last year

Andy chaired the successful San Jose in 2018 Worldcon bid; as a result, Kevin is now the Chair of Worldcon 76 in San Jose, the 2018 World Science a Fiction Convention.

Kevin is also the creator of Thinbot, the gold-medal winner in the robotic bartending event at Robogames, the international robotics competition, in 2012, 2013, 2015 and 2016 (there was no 2014 competion). Thinbot is not infrequently found hard at work serving visitors to Kevin and Andy’s parties at conventions.

Kevin is also the editor of Yipe! The Costume Fanzine of Record (www.yipezine.com).

Andy Trembley found organized fandom in semi-rural Wisconsin when he learned of an SCA shire in his hometown. SCA led to costuming, filking, and APAs. Costuming, filking, and APAs led to conventions, and that led to attending events all over the upper-midwest. It also led to his move to Milwaukee and his participation in Lytheria, a fannish rooming house in a big old Victorian neo-Classical mansion. Lytheria was an unmatched crash-course in fannish community and hospitality.

Nearly 20 years ago, he (and a group of friends) drove from Milwaukee to Costume-Con 16 in St. Louis, where he met Kevin Roche. After a whirlwind long-distance year, Andy moved to California.

He’s looking forward to the completion of a successful Worldcon 76, and having time for new adventures.