John Hertz will once again be taking up  three Classics of Science Fiction at Loscon 45, one discussion each.
Come to as many as you like.  You’ll be welcome to join in.

We’re still with “A classic is a work that survives its own time.  After the currents which might have sustained it have changed, it remains, and is seen to be worthwhile for itself.”  If you have a better definition, bring it.

Each of our three is famous in a different way.  Each may be more interesting now than when first published.  Have you read them?  Have you re-read them? 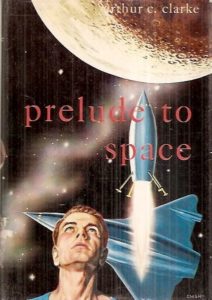 Halfway between the end of World War II and the rise of Sputnik – I warned you about these puns – is this fine instance of giving the touch of reality to what had never yet been, as SF hopes to achieve.    Today, knowing many things happened otherwise, we can watch the author at work.

Interstellar traders return to a world where they’ve been operating with great difficulty.  Its inhuman cold hinders everything.  It seems to have intelligent life, but how could that be?  The world is so cold it freezes zinc – yes, Earth: the protagonists’ world is hundreds of degrees hotter.

An extraordinary novel, terrifyingly grim, prodigiously imaginative, richly comic – well, that’s true.  Also we’re not long on stories that well paint any mainstream religion.  Here the Catholic Church is at center stage, the light relentless, but not ruthless, on Catholics and everyone else.